Click the link below to listen to Ryan and Harry chatting with the champion trainer.

Ryan and Harry review the jumps finale at Sandown alongside Will Biddick, who has recently become the winning most point to point rider of all time. We hear how he wanted to give up racing at the start of his career and wants to be champion many more times. 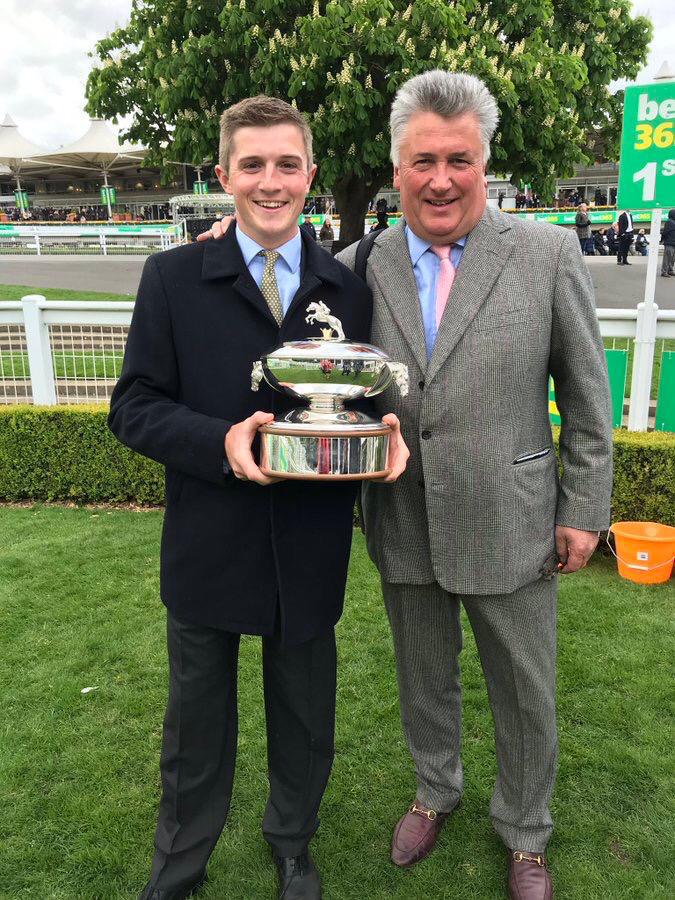 For my final blog of the season I am going to end it in the traditional way – the way I have ended all my blogs for the season and that is to give you my highlights of the campaign. What a year it was.

In planning this blog, I wrote down 22 separate days or occasions that I remember extremely fondly as this year truly has been one to remember. Luckily for you, in the interests of not wanting to bore my readers, I have narrowed that list down to five. Five days that I will remember for many years to come with great affection.

I had planned to do them in the order that they happened, but they are all very much highlights alongside one another and I’ll start back in November at Wincanton.

Paul has always enjoyed loads of success at his local track and, as we headed to the track on a rainy Badger Ales Chase day, we knew we had some massive chances. What followed was a quite brilliant day with five winners on the card.

Grand Sancy and If You Say Run ensured the day got off to a flyer ahead of victory for Capeland before Present Man produced the highlight of the day lifting the roof off the grandstand in winning the Badger Chase itself for his owners Mark and Tessa Woodhouse, to capture a race they love so, so dearly.

The second of my seasonal highlights was Paul winning his 10th, yes that’s right, 10th King George with Clan Des Obeaux and Harry prevailing. Clan’s win was special on many levels as I said at the time, but the best part of that day was the fact the win came for two of Paul’s most loyal owners and biggest supporters.

Mr Barber and Ged Mason, who each own half of Clan, are two people that have supported Paul for a very long time and to win a race of that nature for those two men meant the world to Paul. That night in the Manor was extremely special and, although a few people will remember it slightly less than others, everyone had an amazing night.

To win just one King George is a remarkable thing but to win 10 of them is extraordinary and to be part of that victory was just amazing.

Great eight a day to savour

The third highlight came on the 16th February at Ascot, Haydock and Wincanton. That day Paul trained a staggering eight winners, but the numbers alone do not tell the whole story, it really was incredibly special. The horses ran their hearts out all day, jockeys rode brilliantly and huge number of people worked exceptionally hard to make sure that everything went smoothly with so many horses running on one afternoon.
I remember the wins vividly with Quel Destin starting the day off, Grand Sancy and Magic Saint scoring at Wincanton while Brio Conti, Clan Des Obeaux, Silver Forever and Worthy Farm all won at Ascot.

The one performance that stands out from that day though and, even when I watch it back now the hairs on the back of my neck stand up, was Cyrname, who in winning the Grade One Ascot Chase by an eased down 17 lengths earned the highest rating for any horse in the UK.

The way he won that race was incredible, his jumping was fast, efficient and accurate and, when he turned for home, he changed his legs and charged up the straight flying the last fence I could not believe my eyes.

Johnny de la Hey and his family are massive supporters of Paul’s and to win a Grade One for them at their local track was brilliant.

My fourth and penultimate highlight from the season was the Cheltenham festival and three horses in particular. To win two Grade One’s at the festival was fantastic and with Topofthegame and Frodon they represent very high-class chasers who we hope will be able to compete at the top table for years to come. The reception Frodon received coming back into the paddock will stay with me forever and never has a horse deserved it more.

Obviously the two winners at Cheltenham stood out, but I was equally as proud of Politologue who ran an absolute screamer to finish second in the Queen Mother Champion Chase when coming up against a true great in Altior. To be part of races like that on that stage is a privileged position and ‘Guey’ made us all extremely proud that day with the effort he put in to get so close to Altior.

My fifth and final highlight from this amazing season came on Saturday and that was of course watching Paul collect the Champion Trainer’s trophy for the 11th time. This was the first time he has won the championship since I have been assistant and to stand and watch him collect the trophy made me so happy. Paul’s continued success over two decades is a remarkable feat and to now be a part of that is something that makes me very proud.

The whole day was brilliant with two good winners and plenty of celebrations, we of course ended up in the Manor singing Sweet Caroline and enjoying the night.

Paul always says that you are only as good as your team and this year I believe that we have been lucky to have some really hardworking and accomplished members of staff who have enabled Paul to train all these winners. I know he is incredibly grateful to everyone and so am I.

I will just finish by saying a big well done to my mate Dan Skelton who trained over 200 winners this season; an amazing achievement and all of us at Ditcheat were delighted for him. Dan is a great, great man and I know Paul believes that in the years to come Dan is going to be a big threat to his title aspirations.

For now though, things will become a little quieter as we rest up rebuild and prepare for next season. I hope you have enjoyed reading my blogs this season and I will return in the autumn.