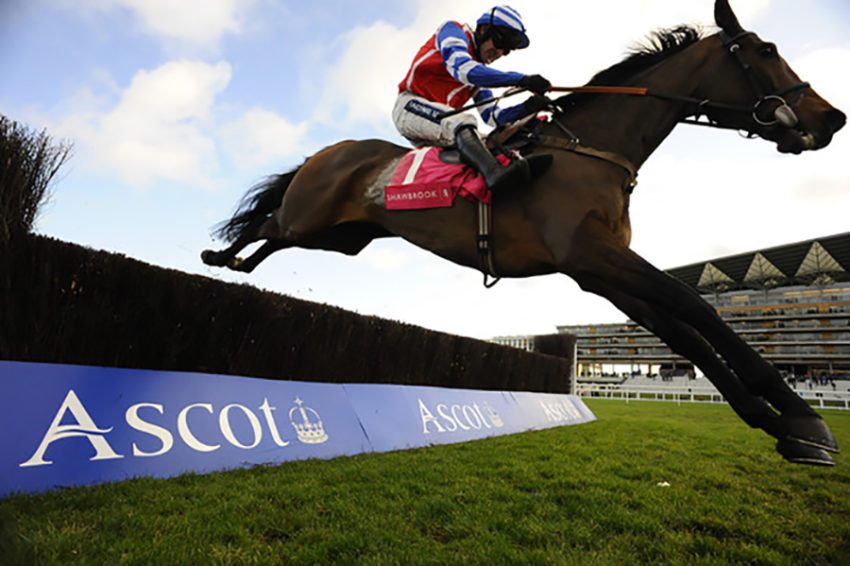 Jordan gets great tune out of Aerial!

Four winners on Sunday made up for a frustrating afternoon 24 hours earlier when persistent rain turned the ground at Cheltenham softer than ideal for several of my runners.

With Modus beaten only half a length in the Greatwood Hurdle on Sunday and Adrien Du Pont an excellent close third at Auteuil the same day it was another rewarding weekend for Team Ditcheat.

It was good to see Le Prezien on the mark in the Arkle Trophy Trial on his second start over fences in a race we’ve now won six times in the last nine years. I’m sure he would have preferred a stronger gallop but he does finish well and that’s what he did after the narrow leader Some Plan came down at the second last fence. I’ve always felt he would be suited by more than two miles so will be stepping him up in trip at some point.

Harry Cobden won the Greatwood Hurdle for the yard a year ago on Old Guard and came tantalisingly close to doing it again on Modus. They got there at the right time but were just beaten by a better horse North Hill Harvey on the day.
We’ve already schooled Modus over fences and he jumps really well, so we have to decide whether to switch him to fences next or keep him for something like the Ladbroke Hurdle.

We sent four horses to Fontwell on Sunday and three of them won. First to strike was our veteran chaser Aerial in the Southern National on his return from a break of 525 days. While I felt he would definitely benefit from the outing, all of ours do plenty before they run and he showed lots of his old dash to beat Fergal Mael Duin by two and a half lengths. I was chuffed with Aerial and his young jockey Jordan Williams who was so polished on only his third ride over fences.

More Buck’s then jumped really well on his way to a game victory in the novice handicap chase, confirming that I might have been a bit too easy on him at home ahead of his defeat at Sandown a week ago.

Our exciting French recruit Peak To Peak hacked up in the novice hurdle at Fontwell after jumping like an old hand. He is definitely one to follow.

Adrien Du Pont kept up the fine run of our horses at Auteuil with an excellent third place in the Grade 1 four year old hurdle. He is going to be a proper chaser.

On Saturday Bouvreuil did the best of ours in the BetVictor Chase and will improve for the run. Frodon was travelling with purpose until he winded himself when he hit the last ditch hard and Art Mauresque found the ground too soft. I suspect As De Mee would be happier in a smaller, less competitive race.

Also on Saturday I was thrilled with Irish Saint‘s fine run under top weight in the long distance handicap hurdle on his return from injury. That should put him spot on next time.

We will be very busy again at the weekend with Silviniaco Conti (Betfair Chase) and Caid Du Berlais (Fixed Brush Hurdle) heading our team at Haydock while we will also be well represented at Ascot.

For all the up to the minute news on my runners please turn to my Betfair column late on Friday afternoon.

A hectic Saturday even by our standards with seventeen runners yielding five winners which would surely have been seven if Southfield Theatre had not fallen at the last fence at Wincanton and Zarkandar had not unseated his rider at the final flight at Aintree. But jumping is the name of the game and these things tend to level themselves out over the course of the season.

The great thing is that the horses continue in sparkling form. They have already earned almost £600,000 at this early stage of the campaign with 63 winners at a strike rate of around 33 per cent. Our squad of jockeys have been amazing, too, excelling themselves while Sam Twiston-Davies has been on the sidelines through injury. With Nick Scholfield, Sean Bowen, Harry Cobden, Jack Sherwood and Stan Sheppard all among the winners I feel a bit like a Premiership manager giving chances to all the talented youngsters on the bench.

Harry Cobden certainly enjoyed a red letter day on his 18th birthday with a treble at Wincanton high-lighted by the success of Frodon in the Rising Stars Novices’ Chase. I was hoping that Frodon would win as the 5 lbs penalty he earned should ensure that he gets into the BetVictor Chase at Cheltenham next weekend. And with Harry claiming 3 lbs there he will effectively have only a 2 lbs penalty.

Zubayr and Harry then fell at the final flight in the Elite Hurdle when close behind the winner Sceau Royal and an hour later Harry was on the deck again when Southfield Theatre came down in front at the last fence when looking sure to win the Badger Ales Chase.
Both horses were fine afterwards as was Present Man who also fell in the Badger Ales Chase.

Arpege D’Alene and Caid Du Berlais were both on the mark at Aintree and Zarkandar was obviously going to win, too, as he was tanking along in the three mile hurdle going much the best approaching the final flight. His mistake there was one of those silly things but I was thrilled to see him return in such good form after his long absence. He will be aimed at long distance hurdles again while Caid Du Berlais goes next for the Fixed Brush Hurdle at Haydock where he will again be ridden by Stan Sheppard.

On Saturday Silviniaco Conti and Le Mercurey were both placed in their races at Down Royal. Noel Fehily was delighted with Conti finishing second in the Grade 1 JNwine.com Champion Chase. He now heads for the Betfair Chase.

With loads of horses waiting in the wings ready to run when the rain comes these are exciting times for everyone involved with Team Ditcheat.
For up to the minute news of my running plans next weekend please turn to my Betfair column late in the afternoon on Thursday, Friday and Saturday.

A spring-heeled juvenile and a tough as teak seven year old staying hurdler were the stars of the show at Wetherby at the end of another excellent week for Team Ditcheat.

With a rating of 64 on the flat Cliffs of Dover was sent to us this Autumn with no great expectations by his owner John Cotton.
Just look at him now after his highly impressive victory in the Listed Wensleydale Hurdle at Wetherby on Friday under the maximum penalty of 8 lbs.
That was his fifth win from six starts in just over two months. He was rated 139 going to Wetherby and is sure to be raised again after romping home by nine lengths from Nietzsche.

I am thrilled with Cliffs of Dover who loves jumping, is really slick over his hurdles, enjoys our training routine and is clearly thriving. He is likely to go to Cheltenham’ s Open meeting or Doncaster before having a mid winter break.

Silsol goes well fresh and kick-started his season with a well deserved triumph in the £22,780 bet365 Hurdle at Wetherby on Saturday. Although he was the top rated horse in the field he would have preferred softer ground but that did not prevent him staying on stoutly to beat Native River by two and three quarter lengths. Jack Sherwood has forged a great partnership with Silsol who will be running in all the decent three miles hurdles in the months ahead.

Modus and Saphir Du Rheu both ran with considerable promise in finishing third in valuable races at Ascot on Saturday.

Modus looked a little bit unlucky as he encountered traffic problems before closing quickly on the first two in the William Hill Handicap Hurdle. I’d expect him to improve for the run as he came in a little later that most of ours this Autumn. He has several options in the weeks ahead.

Saphir Du Rheu definitely heads for the Hennessy Gold Cup after his encouraging show in the Sodexo Gold Cup where he would have snatched second place in another stride or two. He does frustrate me because he still looked big in the paddock even though he has done loads of work at home in the past couple of months. He jumped great, stayed on well and the race will tighten him up and bring him on so I am confident he can build on this performance.

This week I am looking forward to seeing Dodging Bullets make his seasonal re-appearance in the Haldon Gold Cup on Tuesday. We have had a clear run with him this time, unlike last winter and he is ready to go on good ground that suits him.
I think he has a great chance as this handicap should be easier for him after he has been running in Grade 1 races. He will be stepping up in trip as the season goes on.

We are in for a busy time over the weekend with Le Mercurey and Silviniaco Conti heading to Down Royal while Ptit Zig and Dolus will be in action at Auteuil. Nearer home I will have plenty of entries at Wincanton and Aintree on Saturday.

For all the latest news on all my runners please turn to my Betfair column on Friday afternoon.